Some things that shouldn’t ever change include a dedication to Christ Jesus and their perception or view of the world from the standpoint of the Holy Bible. Yet other things about the Christian school must change to achieve success. The changes being referred to will impact the curriculum, teachers or instructors, students, Christian leaders, and physical educational facilities (a good example is the introduction of vibe boards in classrooms). 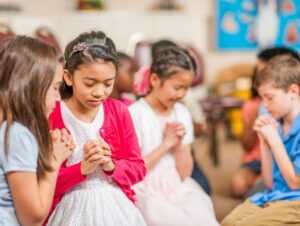 The Independent School Management, stylized as ISM, stated that the successful image of privately owned and independent educational institutions in the 21st century should be significantly different from the flourishing schools of the 20th century. The Independent School Management further stated that being in this current century, it expects successful private and independent Christian educational institutions to facilitate significant changes to ensure excellence and stability and keep it that way.

They further went on to say that a good number of them have been striving towards and anticipating the significant changes in the school’s function and structure. They said that the fundamental embodiment of the shift unsettles them because it’s changing how they have been lectured and what they have always known.

They acknowledge that their surroundings are experiencing a change and that this change is taking place at an increasing pace. They admit that some changes taking place are positive. These changes should be welcomed and utilized to improve the state of the Christian educational institutions for the Christian community.

Below are a number of the good changes speculated to sweep through these educational institutions and the resultant implications:

Firstly, successful educational institutions will adopt a personalized learning approach for their students. Thomas Frey said Christian students would be allowed to decide about compulsory courses for hyper-personalized learning. He said that it was exciting to encounter many Australian students in Indonesia. He said that these students showed an interest in the aquatic world and discussed how much they enjoyed their online class on Marine Biology and the teacher in charge of the course (a resident of Pennsylvania).

Furthermore, he added that their school was adopting a personalized learning approach by centering the education of their students on their interests. He said that our educational institutions often appear to share many similarities with the factory model prominently illustrated by Sir Ken Robinson in his show- Ted Talk.

Secondly, there is a modification of functions carried out by Christian leaders and teachers in this current century. A significant percentage of the teachers’ function will be to guide and mentor their students. Then the rest will go to actual Christianity teaching and assessment of their student’s work online.

The change in the teachers’ roles can enable them to foster a relationship with their students and engage them via helpful feedbacks. The roles of the leaders will be to clarify the vision and head the change.

Thirdly, the school’s curriculum will undergo modifications in this 21st century. New courses will be provided from new sources. Some old courses will be dropped as well. Briarwood Christian Schools is an excellent example of this. They provided a choice between Latin and Chinese for their students.

Furthermore, the curriculum will include dual credits that advanced Christian students can accept. With this, a high school curriculum will consist of college credits. This will create early paths to degrees in specific industries. However, a downside is that some schools and parents are welcoming courses or tutors that aren’t in line with their faith or the institution’s mission.