For a long time, water has always had a significant influence on almost every culture and religion of the world. From Christianity, Islam down to cultures, water holds profound importance that can’t be overemphasized.

To a large extent, water in these cultures and religions represents purity, rebirth, and is believed to possess cleansing powers for all sins.

However, it is worthy to note that despite how important water is, a global water crisis seems to be ongoing as people are starting to disregard the need to be responsible for the consumption and maintenance of healthy water.

Religion and the Rising Global Crisis

In India, it is a major Hindu belief that dead bodies be cremated and floated in rivers unless they would not attain salvation. Although oblivious to this, many of these religious and cultural activities involving water play a role in disrupting its ecosystem, thus rendering it unfit for human and even animal consumption.

A couple of times, you must have come across some religious organizations performing strange rites in bodies of water, and it appears like they do not care about the environmental pollution it causes or its effects on humans and animals who are dependent on these waters for survival.

It would even surprise you to discover that some of the most worshiped waters of the world are also the most polluted. For example, the Holy Ganga River has become so polluted to such a dangerous level that consumption of its contents could lead to serious health complications. 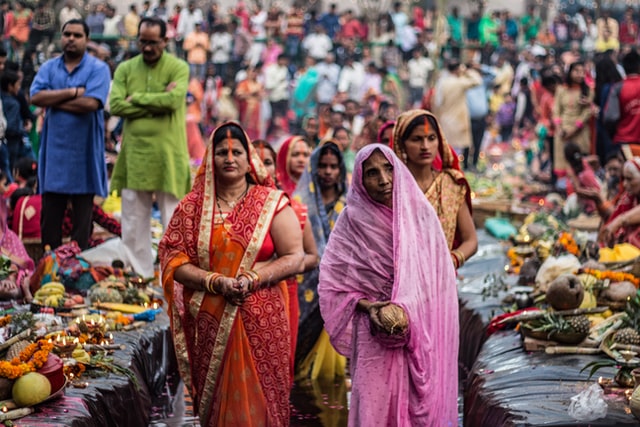 With religious festivals like the Kumbh Mela, millions of people come together to perform rites in the river. Thus, contamination of the waters is almost unavoidable.

These religious worshipers are often seen casting ashes, dead animals, and other materials into waters with total disregard, and unsuspecting tourists or pilgrims who know nothing about this dive into these waters, only to gulp in a large amount of poisonous water.

Even the throwing of flowers and fruits into rivers as some form of religious/cultural rites has a huge impact on the biosystem of organisms in the water and causes major contamination. It could also lead to the emission of foul odor, which ultimately leads to global water and environmental crisis.

What Can be Done?

With the alarming increase in climate change and global warming, it is nearly possible that our world will soon be faced with a global water crisis. The increased rate of water pollution due to climate change does nothing to help, and this is further leading to more water management issues as well as the spread of waterborne diseases. If steps are not taken to combat this crisis, it will produce an acute and negative effect when consumed.

Enlightenment is a great step towards eradicating the issue of water pollution. As a stakeholder in the welfare of society, it’s your responsibility to create awareness of the negative effects of some cultural-religious activities on the water.

Let people understand the dangers of such activities despite their religious or cultural sentiments and beliefs. A widespread public awareness should be ongoing because if this issue is not properly resolved, a major global water crisis could ensue, and that would be devastating.

Also, a regulatory body can be created to checkmate these religious/sociocultural activities. Anyone or group found flouting the rules of the regulatory body should be punished appropriately. General cleaning of these polluted bodies of water should be highly encouraged. Although it may appear like a difficult task, cleaning polluted water can be achieved through collective effort.

By minimizing these activities, such as the immersion of objects into rivers, the task of achieving cleaner water for consumption can be accomplished. At one time, the Thames River was badly polluted, but with joint effort, it can now be listed as one of the cleanest waters in Europe. It shows that taking responsibility for the safety of our waters is possible if we’re determined.

Part of our responsibility in 21st-century education is to teach our kids the importance of our water as it is now easy to see that we’re in danger of going into a global water crisis if our water bodies are not protected.

While these religious and cultural activities might mean no harm, our waters are being contaminated daily, and it is the responsibility of everyone to ensure that doesn’t happen.