The Bible says that any form of addiction is sinful to the eyes of the God Almighty, and many Vaping suppliers consider smoking to be the one on the top of the list, besides drugs and gambling.

As such, many Christian religious programs worldwide have taken steps in combating this addiction within their believers.

In fact, in the United States alone, various religious bodies are taking steps to help their believers get rid of their smoking and vaping addiction by introducing programs that will help them along the way. 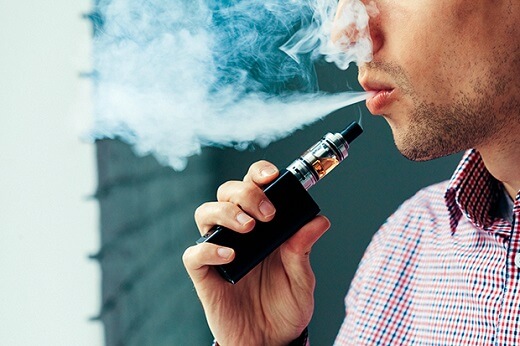 Moreover, some studies have shown that religion and its beliefs can eventually help one person quit smoking. However, can it also apply to those who are just vaping instead?

Even though vaping and smoking are technically two different activities, many studies consider them the same thing.

In fact, one example would be the studies done by the University of Iowa Stead Family Children’s Hospital, stating that vaping is as bad as smoking. Therefore, the study highly recommends avoiding engaging in either activity to enjoy better health.

In this case, you can consider vaping the same as smoking. Therefore, the steps for getting rid of the addiction it brings would be more or less the same.

The Act of Smoking Is Still Present in Christianity

Even though their religion sees and states that smoking and other similar forms such as vaping is a sin to their God, many Christians still smoke. In fact, according to a 2013 Gallup Poll, there are still smokers within the community, whether they attend masses weekly or not.

Getting Rid of Smoking Habits: The 12-Step Model

Due to the alarming numbers in the said poll, many Christian organizations have connected with their local churches and initiated “The 12-Step Model” to combat and eliminate the problem of smoking addiction amongst their believers.

Although it isn’t heavily faith-based, the said program is still open to any religious practitioner who wants to quit their smoking addiction and seeks help in doing so. The program tackles head-on the issue of feeling powerless when it comes to facing their addiction.

Moreover, the program states that even though you feel powerless during those times, a higher omnipotent being can help you face that challenge by providing you with the strength you need.

As a result, the program helps a person believe that their faith is their ultimate weapon in the struggle of getting rid of their addiction, no matter how large and deep it is at that point in their life.

Having faith will help them have a sense of agency and control in their waking life, which helps them combat their very own addiction. However, you should also note that the program points out that faith and addiction are linked to one’s belief.

Overall, the 12-Step Model believes that Christians can successfully quit smoking and regain control of their lives with the help of their faith in God. Moreover, while the program uses an abstinence-based approach, it doesn’t discourage those struggling from seeking other forms of support to combat their addiction.

In general, overcoming this addiction can be undeniably challenging, regardless of your faith or situation.

So, while your faith can be an additional source of strength when you’re resisting the urge to smoke, you should also note that this doesn’t mean non-religious people can’t overcome these struggles as well.

After all, whether you’re faithful or a non-believer, it’s still possible to overcome these challenges when you have the support you need.